If you are not in the country shown, please select your country to be directed to the correct store. 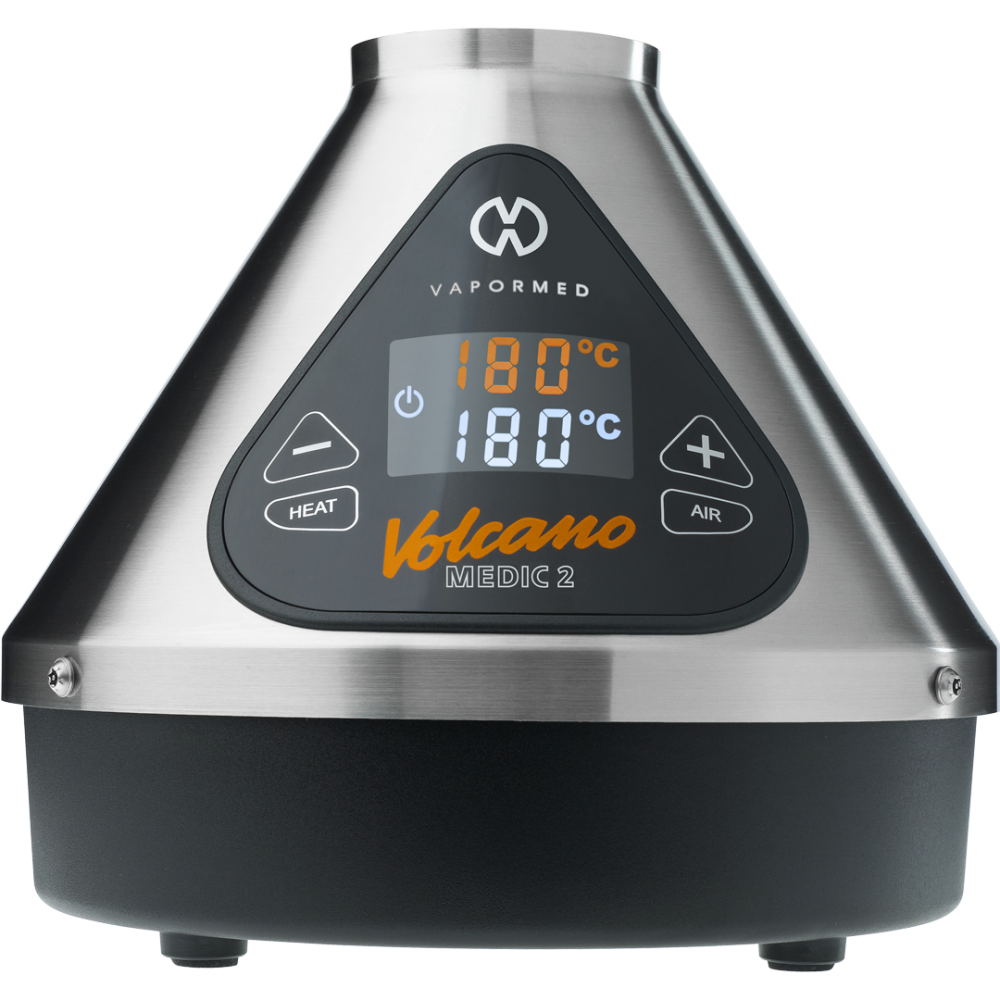 Skip to the beginning of the images gallery

In the box
Reviews 1
Write Your Own Review
Only registered users can write reviews. Please Sign in or create an account

The VOLCANO MEDIC 2 Vaporization System essentially consists of a Hot Air Generator, a diaphragm pump and a removable Valve Balloon or Tube System. The vaporization and inhalation processes are thus separated in time and space, which makes inhalation very safe for the user as he does not come into contact with heat or electricity from the Hot Air Generator during inhalation from the Valve Balloon/Silicone Tube. To vaporize the cannabinoids, snap the Filling Chamber with cannabinoids onto the Hot Air Generator. The empty Valve Balloon or Tube Kit is then placed on top of the Filling Chamber. When used with the Tube, the diaphragm pump is not needed, so it can be inhaled directly from the Tube.

Once the Hot Air Generator is heated up, the pump is switched on and the hot air flows through the Filling Chamber, causing cannabinoids to be vaporized. The air / aerosol mixture created is fed into the Valve Balloon, quickly cooling down to the ambient temperature there due to the Balloon's large surface area. Once sufficient aerosol has been pumped in, the pump is switched off and the Valve Balloon is removed from the Filling Chamber, automatically closing the Valve. The Mouthpiece is then inserted into the Valve of the filled balloon to inhale. Apply slight pressure with your lips to the Mouthpiece to open the Valve and inhale the cannabinoid / aerosol mixture. Once you stop applying pressure to the Mouthpiece, the Valve will close automatically.

When the Hot Air Generator is heated, place the Tube Kit directly on the Filling Chamber on the device. IMPORTANT: Do not switch on any diaphragm pump. The hot air (convection) is led through the already preheated Filling Chamber (conduction) by the user inhaling directly at the Tube with his own lung force. The active substances released from the cannabis are passed as an aerosol through the 1m long silicone tube and cooled down. The conduction heating ensures that the user can release the active substances with the first suction from the Tube.

The VOLCANO MEDIC 2 and its predecessor, the VOLCANO MEDIC, are designed for the vaporization and subsequent inhalation of cannabinoids from hemp flowers (cannabis flos). The units of the VOLCANO MEDIC series can also be used with dronabinol (THC) dissolved in alcohol. The goal is the application of the active ingredients in the human body via the alveoli for the appropriate medical indication.

The VOLCANO MEDIC 2 and its predecessor are designed for the temporary inhalation of cannabinoids prescribed by a physician for use at home, in a hospital and in a medical practice. The devices offer a highly effective, safe, and fast-acting way to use cannabinoids. Always consult a physician before treating any illness.

The devices are not intended for use in children and youth under age 18. Adults may use these devices in accordance with the Instructions for Use or a physician's instructions.

At a certain dosage, dronabinol (THC) and cannabis can have a psychotropic (mind-altering) effect. There is thus a potential for abuse, which governments in nearly all countries of the world counteract with corresponding laws. Use only dronabinol (THC) or medicinal hemp flowers (cannabis flos) prescribed by your physician and purchased from a pharmacy. Otherwise you may be at risk of breaking the law. In case of doubt, ask your physician, pharmacist, or the responsible authorities about the current laws at your place of residence.

The VOLCANO MEDIC is not to be used, if the user has respiratory tract or lung conditions. Depending on the density, the vapor could irritate respiratory tracts or lungs, which can lead to coughing. Although the inhalation of vaporized cannabis causes much less irritation than smoking, inexperienced users initially need a habituation period in order to find the optimum temperature for the administration. The user should inhale consciously, and should concentrate while doing so. Laughter, yawning, and speaking during the administration should be avoided because this can lead to coughing.

The VOLCANO MEDIC is a scientifically proven way to inhale cannabinoids from cannabis flowers.

The following pages and information
are directed only towards adults!

You must be older than 19 years old to enter this page.